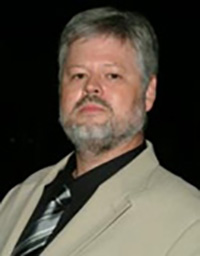 The professional pool player behind the cue: Mike started playing pool in 1968, when he was 14 years old with some friends. As time went on Mike continued to play and practice everyday. In order to sharpen his skills, Mike ventured out to other pool halls and was up for a challenge with anyone who would be willing to play against him. With the proper guidance and his zest for the game, Mike became one of the best players in Ohio and started to progress his play by moving around the country. Eventually, Mike became one of the best players in the world.

One of Mike’s most memorable moments was winning the Title of BCA 8 ball Amateur Champion in 1982. A couple of years later, Mike added a 2nd place finish in the River City open followed by a 3rd place finish in the Last Call for 9 Ball in Atlantic City. In 1985 Mike earned the title of 12th place US ranking in the world of Billiards. Taking his 12th Place standing Mike added to his growing list of tournaments, by finishing high in the World Championships in Taipei in 1996.

Mike also played on the Mosconi Cup team two years in a row in 1995 and 1996. A special note to the 1996 event…Mike was the only player to defeat Oliver Ortman in the singles event. This turned out to be the only defeat Ortman would face during the event.
In an event sanctioned by the men’s Professional Tour in 1995, Mike became the reigning Back Pocket 9-Ball World Champion.
In the late 90’s, the last Tournament that Mike was able to play in was an event sanctioned by the Camel Tour. Mike’s back was becoming increasingly crippling to his game and was becoming increasingly difficult to manage. During this last event, Mike defeated Jimmy Reid, Alan Hopkins, Nick Varner, Eferin Reyes and Dallas West in one day and was thinking this might be a good time for him retire. The following day, Mike took his final defeat at the hands of Johnny Archer, and laid his professional Pool playing days to rest.

Mike’s love of the game and his desire to continue to be a major part of the sport has led us to where we are today. Today, Mike is busy making some of the finest playing instruments in the game of Pool. Whether you are seeking a basic playing cue or a one of a kind work of art, Mike Gulyassy can bring to life whatever you can imagine. Mike also owns the patent on the Ferrule tip and is the original designer of the Sledgehammer Jump Break Cue! His line of Jump Breaks are second to none for play-ability and durability.

Mike is also an expert instructor and can offer a full range of lessons for the beginner to the top level of professional player.